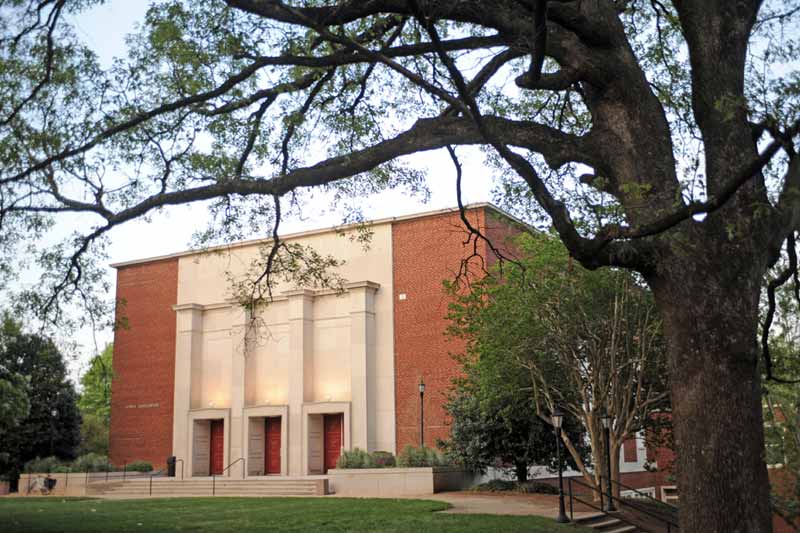 Meredith College’s faculty and staff production of Alice in Wonderland, one of the College’s most beloved traditions, returns this month. Performances for Meredith students only will be held Friday, January 24, 2020, and Saturday, January 25, 2020, at 7:30 p.m. in Jones Auditorium.

In order to help students attend their Friday classes, we are introducing a voucher system for the Friday night performance only. Distribution of vouchers for guaranteed seating for the performance on Friday, January 24, will begin on a first come, first-served basis starting at 10 a.m. on Friday, January 24, on 1st floor Cate Center. Voucher distribution will continue until all vouchers are given out. Students must present their Meredith College Camcards to be swiped to obtain a seating voucher. The seating vouchers are free and may only be used by Meredith students. One voucher per student.

Entrance to Jones Auditorium for students with vouchers will begin when the doors open at 6:30 p.m. Students should plan to be in their seats no later than 7:15 p.m.; any remaining seats will go to students in a stand-by line at that time.

For Saturday, January 25 performance: No vouchers are needed for the Saturday performance since there are no class conflicts. Because Meredith College is holding a Think Meredith event that day involving a large number of visitors and vehicles on campus, students may not begin lining up in front of Jones Auditorium until 4 p.m. on Saturday. Doors open at 6:30 p.m., and the show starts at 7:30 p.m.

Students who have seen the show on Friday and want to come again on Saturday should enter Jones Auditorium only after students seeing the show for the first time have gotten seats.

Performed once every four years, students only get one chance during their college career to enjoy the production.

Meredith’s Alice in Wonderland tradition began in 1924 as a gift from faculty to students. The March 21, 1924, edition of the student newspaper, The Twig, said the original production featuring “faculty in curious forms” was “decidedly the hit of the season.”

The next Meredith performance of Alice in Wonderland will take place in 2024.