A Legacy of Love Lives On 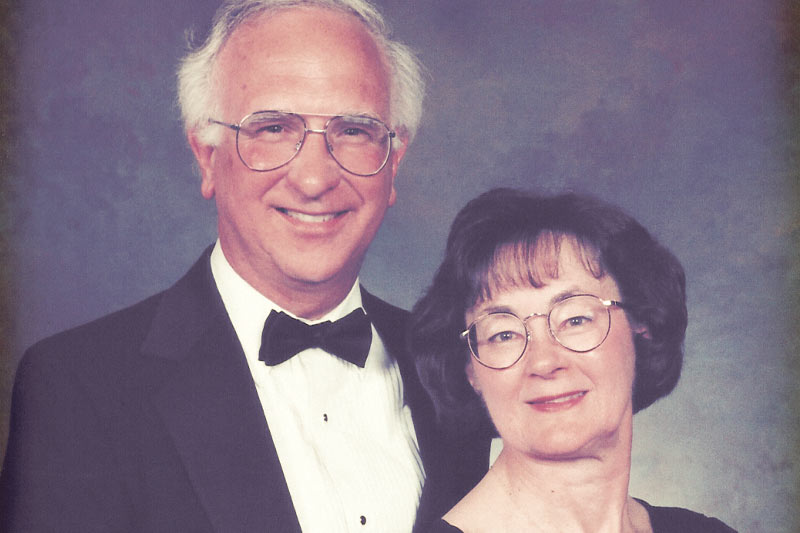 Jim Marchman’s love for his wife, Marshall Moore Marchman, ’66, is evident in love letters written during their courtship in the 1960s. He compiled the letters and gave a copy to Meredith College after Marshall passed away in 2018 so that their scholarship recipients not only got to know who Marshall was but also to share the history of the College with current students. The letters talk about day-to-day things, document the Marchmans’ love story, and share happenings at Meredith College during that time. 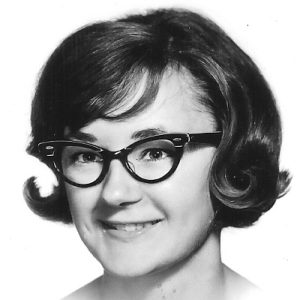 “The letters show that we were desperately in love. A lot of the letters were written when I was working on an undergraduate research project while a student at NC State and she was at Camp Caswell one summer. We wrote whenever we were not together,” said Jim. “I encourage any recipient of our scholarship to read the letters that are available in Advancement Services.”

The couple started the Marshall Moore Marchman Scholarship in 2010 and it was endowed in 2015. The scholarship has no restrictions as to who can receive it because they wanted every student to have the opportunity. Today the market value of the endowment is $145,465.

After they married, Marshall was a sixth-grade teacher in Garner while Jim finished his Ph.D. in mechanical engineering at NC State. Jim accepted a faculty position teaching aerospace engineering at Virginia Tech in 1968, and Marshall continued teaching in Blacksburg, Va., followed by being a library/media aide until she retired.

“She loved working with kids, was terrific with kids, and wanted to stay involved in the school system,” said Jim. “It was important to her to see students succeed and do what they love.”

In 2017, the Marchmans were able to meet one of their scholarship recipients. It was Marshall’s last visit to Raleigh. She was diagnosed with ALS in early 2017 and passed away in October 2018.

“The visit meant a lot to her,” said Jim. “It made us feel like our donations were being used wisely. It is really good when donors can see where their money is going.”

After Marshall’s diagnosis, it was also important to her to go on trips she had planned with her daughter, Crystal, Class of 1994. After they returned, she was able to be cared for at home and Jim received wonderful support from family, friends, and a doctor at Duke University Hospital who would call and check on her regularly.

After Marshall’s passing Jim wrote a book about caring for someone with ALS and gave it to the ALS Foundation to share with other families as needed.

“Every experience is different and every day is different caring for some-one with ALS. I wanted to share my thoughts in hopes that someone else dealing with the same disease would gain some knowledge,” said Jim. “It also helped me get through losing Marshall.”

In 2020, Astra Ball, director of advancement services, set up a Zoom call for Jim to meet his current scholarship recipient, Barbara Daniel, ‘21.

“Barbara was the perfect recipient of our scholarship,” said Jim. “Marshall would love that we were supporting someone later in life getting her degree.”

Daniel was a Wings student who majored in interpersonal communication after retiring from the North Carolina Division of Motor Vehicles after 32 years. She retired in July 2017 and began classes in August 2017. Her daughter, Dixie, graduated in 2017 and always spoke highly of the professors and their willingness to help students succeed.

“I had not attended school in over 35 years and I was concerned with acclimating back into a classroom setting, so the idea of professors being concerned for your success was appealing,” said Daniel.

Before receiving the scholarship, Daniel was worried she would not be able to complete her senior year because of financial reasons.

“When I learned I would be receiving the scholarship, I must admit I sat down in the middle of the floor and cried. I knew because of this scholarship and a few other blessings I had received, I would be able to finally reach my goal of obtaining a degree,” said Daniel. “I thought receiving the scholarship was the greatest blessing, but the greatest blessing occurred when I was able to meet Mr. Marchman via Zoom. I loved hearing about his wife and all her accomplishments and seeing how much he loved and respected her. I hope that I have made her proud.”

In 1963 when Jim and Marshall met at a Baptist Student Union retreat in Southern Pines, she wrote a letter home that said, “I met a boy.” Six months later they knew they would marry after they graduated, and from there they built a wonderful life together. And today the generosity of their scholarship at Meredith is enabling a student to continue to build the story of her life.