A Conversation with Legislators on N.C. Sexual Assault Laws 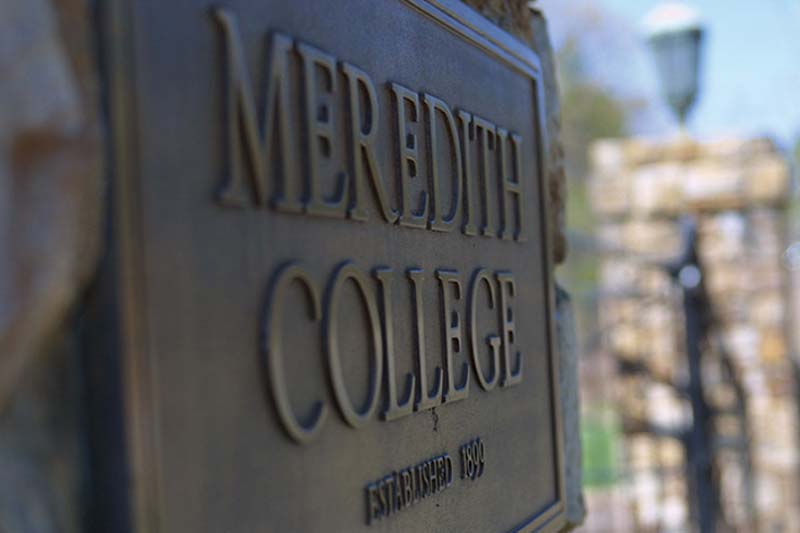 The panel was bipartisan by design, said Whitney Manzo, assistant professor of political science. “None of the legislators explicitly talked about their political party, and I loved that – it really drove home the point that, even in this age of polarization, there are so many things we all agree on. Everyone was there because they are passionate about changing problems in assault laws in North Carolina,” said Manzo.

The panel started out by discussing this year’s rape kit bill, Speaking Up for Rape Victims Act of 2019, also known as the Survivor Act, which provides funding to ensure the testing of rape kits and the elimination of backlogging that has happened in recent years.

“It is so essential that we do this. As a defense attorney I have come to realize just how unreliable eye-witness identification can be. There is no substitute for good science,” said Richardson. “And now North Carolina is one of the states at the forefront of catching up these backlogged kits and scientifically identifying who these people are and bringing them in for conviction. So not only are we getting the right person off of the streets and into a prison, but also making certain the wrong person isn’t wrongfully convicted. That is just as important.”

The conversation shifted to the topic of campus sexual assault and Title IX. Hardister and Meyer were the primary sponsors of a bill that would allow North Carolina colleges to have consistent policies on both public and private campuses.

“The vast majority of sexual assaults on college campuses are done by an acquaintance of some type,” said Meyer. “There are a number of ways that the investigation of campus sexual assault ends up very different … One of the biggest problems in law is there is a gray area around assault, like if alcohol or intoxication has been involved.”

In addition, the majority of on-campus sexual assault cases get turned over to the college for disciplinary action rather than the criminal justice system. Title IX leaves room for interpretation and often colleges have different practices regarding sexual harassment and sexual assault occurrences. This vague nature of Title IX is why Hardister and Meyers were so passionate about creating a bill that encouraged commonality among all campuses in North Carolina.

The panel continued by discussing the withdrawal of the consent loophole in North Carolina sexual assault laws. North Carolina is the only state in the nation where you cannot withdraw your consent once the sexual act has started. The ruling comes from the State v. Waye case in 1979 and it has never been overturned. The withdrawal of consent law has gained attention in the last year, which has reignited efforts to appeal the law as soon as possible.

“The simplest way that I can say it is if two partners or more have consented to engaging in any type of sexual relationship and then in the midst of engaging in whatever it is they decided to do, one person or more decides that what is happening is dangerous, harmful, or hurtful to them in any way, they should be allowed to withdraw that consent, to say ‘stop, I don’t want to do this anymore.’ If the other person does not stop at that point when it shifts from a yes to a no, then, in my opinion, they have crossed the line from consensual sexual engagement to sexual assault or rape. That is my opinion, but that is not the opinion of the courts in North Carolina right now,” said Meyer.

The consent loophole drew the attention of a Meredith student in a political science class last year. Her interest is what led to the panel event.

The panel ended with a Q&A session. Many students and community members stayed to personally talk with legislators after the event.

“Students are deeply interested in the issue of sexual assault and eager to get involved in changing laws,” said Kris Macomber, assistant professor of sociology and criminology. Macomber hopes that the audience was able to see that “our representatives are approachable and they like engaging with students on a variety of issues. And that we can and should engage with the people we have elected into office about issues that are important to us.”