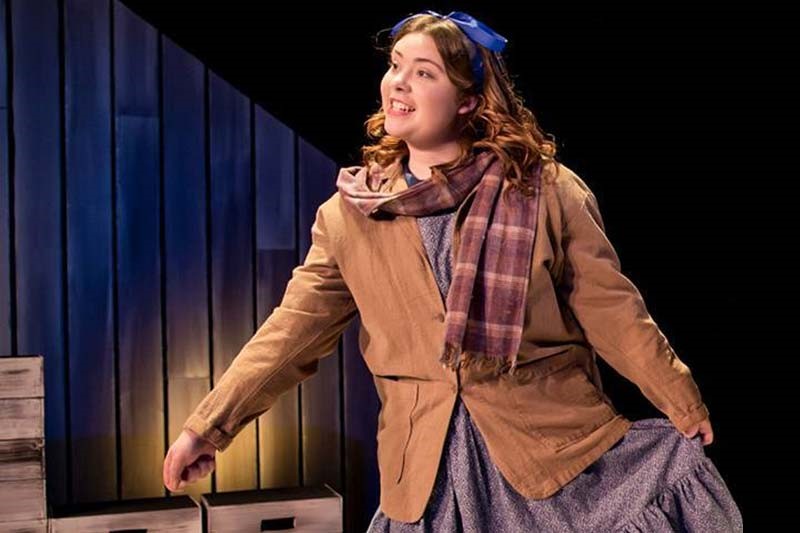 Victoria Mitchell, ’18, chose to pursue her degree in theatre at Meredith College because she knew her voice would be heard in the women’s college environment. And as an actor and a future educator, she appreciated the focus on women’s roles on stage and off.

Throughout her Meredith career, Victoria excelled in theatre, in the cast or crew for almost every production. At the beginning of her freshman year, she met with the theatre program director and expressed a desire to “be good at everything” in theatre. She succeeded in getting experience in all aspects of theatre, thanks to the support of the program’s faculty.

“The theatre faculty at Meredith College are always proactive in looking for opportunities that will benefit their students. I believe that I am a good example of their hard work,” said Victoria, who is also completing K-12 licensure and an English minor.

While Victoria already considered herself a leader in high school, at Meredith she was able to build on her strength of collaboration.

Victoria has been an officer, including president, of Meredith’s Alpha Psi Omega theatre honor society along with her work on theatre productions. She was the first recipient of the Siska Freshman Theatre Scholarship, earned two other Meredith scholarships, and was inducted into the Silver Shield honorary leadership society.

While being a theatre major takes strong time-management skills, Victoria made time to participate in traditions, including Cornhuskin’ each year. “My friends and I say Cornhuskin’ is the one time of the year that every student is a theatre major.”

Studying abroad in the United Kingdom after her sophomore year has informed her work as a student teacher in theatre at Cary High School. “Studying abroad deepened my love of Shakespeare, and has enriched my classroom instruction. I remember being on the trip and taking photos at Shakespeare's Globe Theatre specifically for my future PowerPoints,” Victoria said. “My students have loved hearing about all my experiences abroad, and it has deepened their understanding of the content.”

Closer to home, Meredith’s location in Raleigh has also been a major benefit.

“Raleigh is so rich in the arts. There are many different opportunities in the Triangle area for actors, designers, and stage managers. I have taken advantage of these as a student, and I plan to encourage my future students to do so as well.”

After graduation, Victoria wants to teach theatre in the Wake County Public School System. She feels well prepared thanks to Meredith.

“Meredith College has equipped me with the tools I need to be successful as a theatre educator,” said Victoria. “I can't imagine my life if I had not attended Meredith. I am confident to 'spread my wings' as a leader in the classroom and beyond.”

Find out how to earn theatre licensure