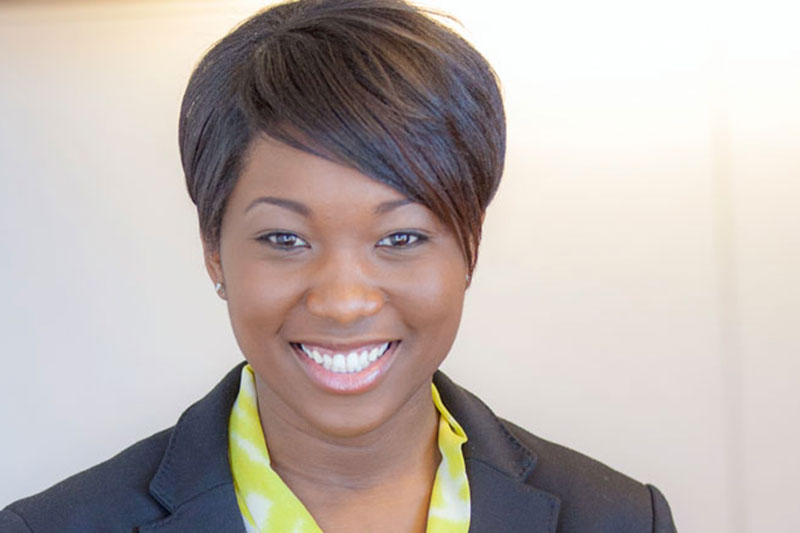 Tierra Morrisey, ’13, spent spring break of her senior year celebrating the new job she’d just landed at Lenovo as one of just 14 college grads chosen for a prestigious new program.

Coming into her final year at Meredith, Tierra knew she had a strong set of skills and hands-on experiences. She was less sure how her degree in sociology would translate into getting a job, particularly in the corporate sector where she had decided she wanted to pursue a career.

So in October, she made an appointment with a career counselor in Meredith’s Office of Academic & Career Planning. The counselor worked with Tierra weekly, helping her to focus on her self-confidence and stellar communication skills. They talked about how to emphasize the assets she’d honed through her major and would bring to a company – things like her leadership skills, her ability to learn and think critically, and her aptitude for understanding people. The result? She was well-prepared for every interview and was hired by Lenovo.

Tierra thrived in Meredith’s academic environment. She enjoyed the size of her classes, which allowed her to get to know her professors and feel comfortable speaking out.

As a member of the sociology club, Tierra helped develop an event known as the Diva Dash. A kick-off event to raise awareness about sexual assault on college campuses, the Diva Dash features a 50-yard sprint in high heels and is open to men and women. Tierra helped organize the event, secure sponsors and served as emcee.

Tierra is thriving in her new role as an LASR Program Associate, an accelerated career development program for recent college and university graduates. She’s developing her sales skills and business acumen while gaining valuable work experience – and she’s already demonstrating just how strong she is.