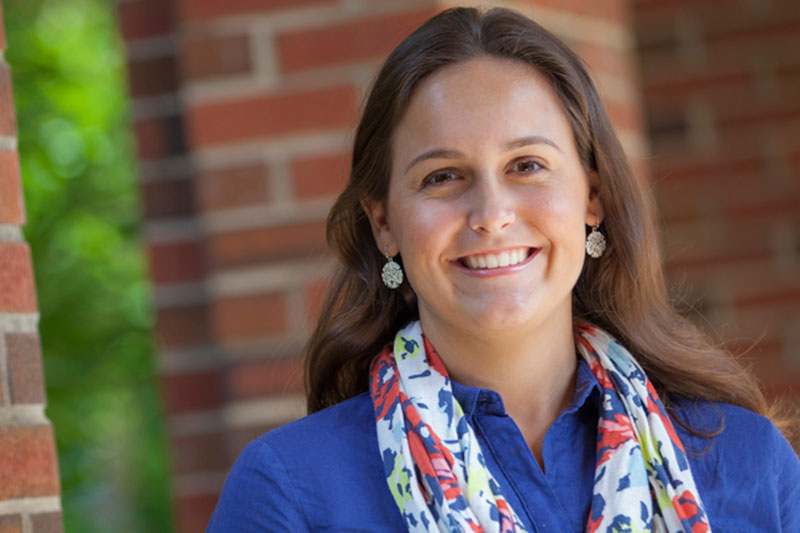 Taylor Pearce, ’15, has been impressed by the sheer number of opportunities she’s had during her Meredith experience. “People who are not familiar with Meredith may look at [the College’s] size and think there may not be many opportunities for students,” she said. “They are completely wrong.”

Just one look at Taylor’s involvement on campus proves her point. She’s a double major (theatre and psychology) who’s been inducted into three honor societies and holds leadership positions in several student organizations. She plays lacrosse and participates in undergraduate research. She’s gaining clinical experience through the Meredith Autism Program and professional experience through an internship that turned into a job with the Autism Society of North Carolina. She’s made dean’s list every semester. And she has stage managed two Meredith Ensemble Theatre productions – Three Sisters and Wall of Water.

In her role as stage manager, Taylor was able to enhance her ability to communicate effectively. She was responsible for rehearsal schedules, running pre-show production meetings, and calling all lighting, sound, and scenery cues during performances – tasks that require impeccable communication skills.

Taylor confessed that when she first came to Meredith, she was shy and had difficulty communicating. That’s no longer the case. “Because of my experiences, my communication skills have improved tremendously,” she said. “I know how to talk to people in a more precise and concise manner.”

As a double major and student athlete, she has also learned to make better use of her time. “I have strengthened my time management skills during my time at Meredith,” she said. “If I’m not in class, rehearsal, practice, meetings, or work, I am working on homework and trying to get everything done.”

Her ability to manage time was vital when the lacrosse team made it to the NCAA Tournament in 2014 – Taylor’s favorite experience as a Meredith student (so far). The team was in just its second year and travel for post-season play was far from a given. But the team won the USA South Conference Championship and earned a bid to the national tournament.

“We went so much further than anyone expected us to,” said Taylor. “It was so much fun and we had a tremendous amount of support from the Meredith community.”

Taylor credits her success – academic, athletic, and otherwise – to her strong work ethic. “Whenever I put my mind to something, I stick with it to the end,” she said. “I always give my all in coursework, clubs, organizations, and extracurricular activities.”