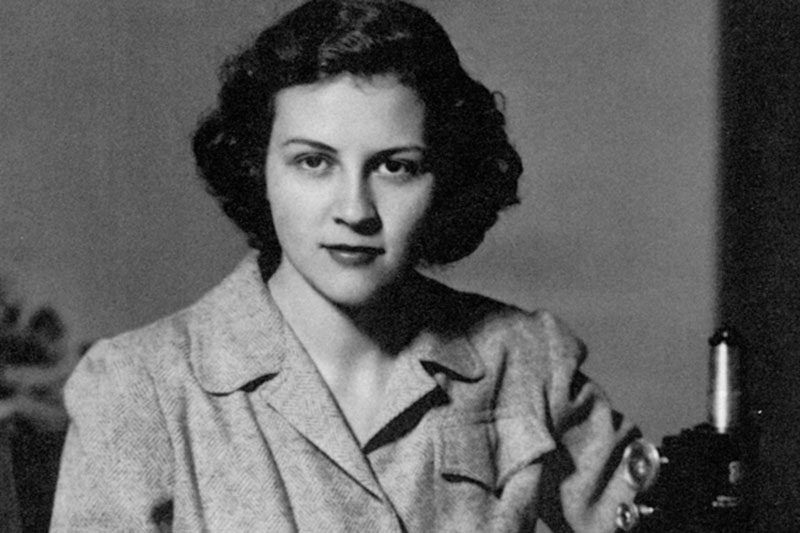 When Susan Jackson Mellette, ’42, decided to pursue a career in medicine, female physicians were practically unheard of. Nevertheless, she was inspired and encouraged by those around her, including her mother, Bessie Mull Jackson, ’15, also a Meredith alumna – and her family doctor, a woman widely known as one of the first female doctors in Raleigh.

Not long after graduating from Meredith with a degree in biochemistry, she met her husband, Peter Mellette. He was in seminary and she had just started medical school, so they spent the next several years working toward achieving their educational goals. Theirs was an exceptionally collaborative marriage that was both ahead of its time and set the tone for their life together. Between them they completed internships, residencies, doctoral, and post-doctoral work in multiple cities and settings.

Among Susan’s more interesting placements was a several-month stint as a physician for the Homeplace Rural Health Clinic in Southeastern Kentucky, which she described in a journal entry:

“I drove a Jeep up the creek-beds and became quite adept at swinging bridges and even foot-logs with a couple of inches of snow on them and the creek below. As the only physician in the area, I not only made house calls up the hollows and saw patients in our clinic office but also held clinics in some really out-of-the-way places.”

The first female oncologist in the state of Virginia, Susan went on to become a pioneer in the field. She established a cancer rehabilitation center at the Medical College of Virginia, where she worked and taught for nearly 40 years. As a member of the admissions committee of the School of Medicine, Susan encouraged other women seeking to enter the medical field, which was still largely dominated by men.

An accomplished medical professional, Susan was also a mother, a wife, and a poet. She used writing as a respite from the emotionally-draining nature of her work as an oncologist. Indeed, she once reflected that words were her first love, even more than science.

In 1976, Susan received Meredith’s Distinguished Alumna Award in recognition of outstanding achievement. She is also among the eminent 100 alumnae celebrated in the Park Center Mural Project.

Continuing her tradition of paving the way for women in the health field, Susan established the Mull-Jackson-Mellette First Family Scholarship for Meredith students majoring in health sciences. She once said “I didn’t want honors. I wanted achievements.” In fact, she accomplished both in her lifetime – and through her scholarship fund, her strong influence on Meredith women will continue.

Those wishing to support the scholarship can make a gift directly to the Mull-Jackson-Mellette First Family Scholarship fund. In addition, Dr. Mellette’s family has published a book of her poetry titled Fighting Cancer One Patient at a Time: The Poems of Dr. Susan J. Mellette, which can be purchased on amazon.com. Proceeds from sales of the book will go toward the scholarship fund.