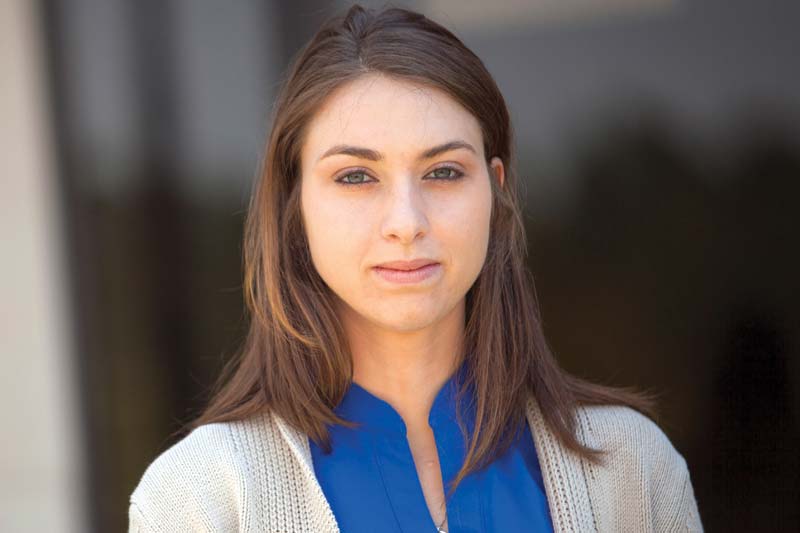 During her time at Meredith College, student-athlete Lara Pantlin, ’14, funneled her creativity into undergraduate research, which is now a big part of her life as a Ph.D. candidate.

As an Honors student at Meredith, Lara majored in psychology and minored in biology. Her fields of study gave her the knowledge she needed to successfully complete her internship at the U.S. Environmental Protection Agency (EPA). At the EPA, Lara studied the developing visual systems of rats exposed to different concentration levels of gasoline and ethanol.

Advised by Cynthia Edwards, head of the Department of Psychology and Social Work, Lara also conducted research for the Meredith Emerging Adulthood Longitudinal Study (MEALS), a research program comprising of two overlapping longitudinal studies aimed at understanding the role of family and peer support in mediating the stressors associated with early adult life transitions. As a principal investigator and lab supervisor for MEALS, Lara helped create opportunities for other students to conduct research in the ongoing program.

Lara presented her research at the State of North Carolina Undergraduate Research & Creativity Symposium (SNCURCS), and published her article in Explorations, a journal dedicated to publishing the research of undergraduate students in North Carolina.

While pursuing scholarly research, Lara managed to stay active around campus. She was a student assistant and ambassador for the Office of International Programs, and was a member of Spectrum and several honor societies. In the psychology department, Lara worked as a tutor and teacher’s assistant in statistics and research methods courses.

Lara’s triumphs continued on the cross country course. As senior captain, she led the Avenging Angels to the program's first-ever USA South Championship title and was named the team's Most Valuable Runner for her efforts. In 2014, Lara was presented with the USA South Woman of the Year award; she was also a top-30 honoree for the NCAA Woman of the Year, becoming the second USA South candidate to receive the honor.

"Receiving the USA South Woman of the Year award is a great honor," Lara said. "To be among the top-30 NCAA honorees and to be compared to the other great women honored with this award is just incredible.”

“What’s most fun about research is that I get to be totally creative,” Lara said. “The end process of having that tangible presentation from your research is the scariest part, but also the best part.”

Learn more about studying psychology and biology at Meredith.