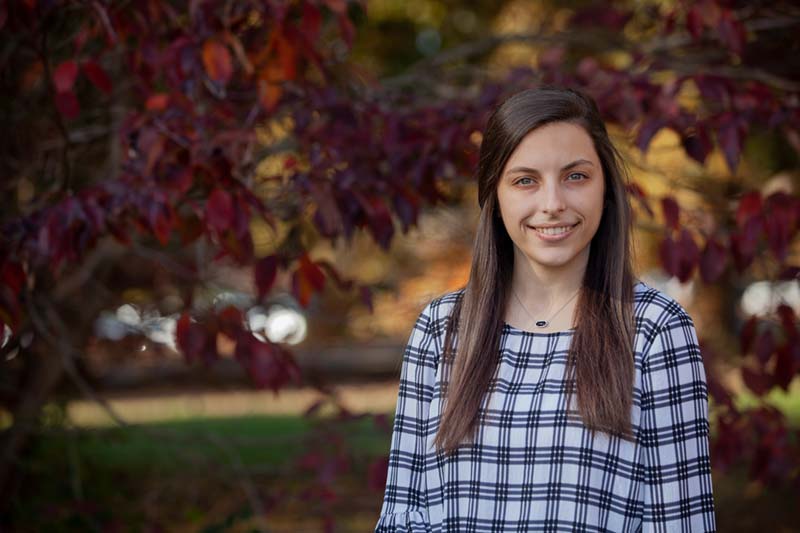 While at Meredith, Rana Oueijan, ’19, pursued a focused academic path and enjoyed a variety of powerful hands-on learning experiences. Her efforts paid off; she's now pursuing a four-year Doctor of Pharmacy program at Campbell University.

In high school, Rana was quite shy and soft spoken. But she said her Meredith education made her a much stronger woman.

“At Meredith, I acquired strong leadership, communication, and interpersonal skills that will help me be a strong candidate in my career,” she said. “I found my voice and worked hard to be an influence for those around me.”

A biology and public health major, Rana said her engagement with the Meredith Health Professions Society (MHPS) was one of the most impactful experiences she had at Meredith. Serving as event chair and then president, she developed close relationships with other organization members as well as the organization’s adviser, Karthik Aghoram, professor of biological sciences.

“He was always intentional in making time for me to stop by his office to elicit feedback from him for MHPS events or to ask questions about a class I am taking,” Rana said. “He has given me great advice and has paved the way for me to be a compassionate leader. Without him, I would not have been as confident in my abilities, which he has recognized and helped to emphasize and shine. He truly believes in me and wants me to succeed.”

Through MHPS, Rana has taken advantage of volunteer opportunities in the health field and attended panels that helped prepare her to apply to health professional school. She further developed her leadership style by serving as secretary for Meredith’s Student Government Association. And through an internship at Meredith’s Health Center, Rana developed skills and gained knowledge that she expects to use in pharmacy school and in the medical field.

“I gained a lot of insight as to how a small clinic operates. This early exposure to healthcare will benefit me as I enter the field of pharmacy.”

In addition, Rana was a student worker in the Dean of Students office for three years, which allowed her to work behind the scenes on events such as New Student Orientation, Start Strong, and Looking Toward College. These experiences led her to take on additional leadership roles, such as co-chairing events and serving as a student adviser.

Ultimately, Rana plans to work as a pediatric or cardiology pharmacist in a hospital setting. According to Rana, Meredith faculty and staff have prepared her to succeed by believing in her leadership and intellectual abilities.

“The classes I have taken have challenged me to think more critically about certain topics as well as apply my knowledge to real life situations that I might actually encounter as a pharmacist,” said Rana. “One of my goals in life is to make a difference. I feel like Meredith College has given me the opportunity to do just that.”