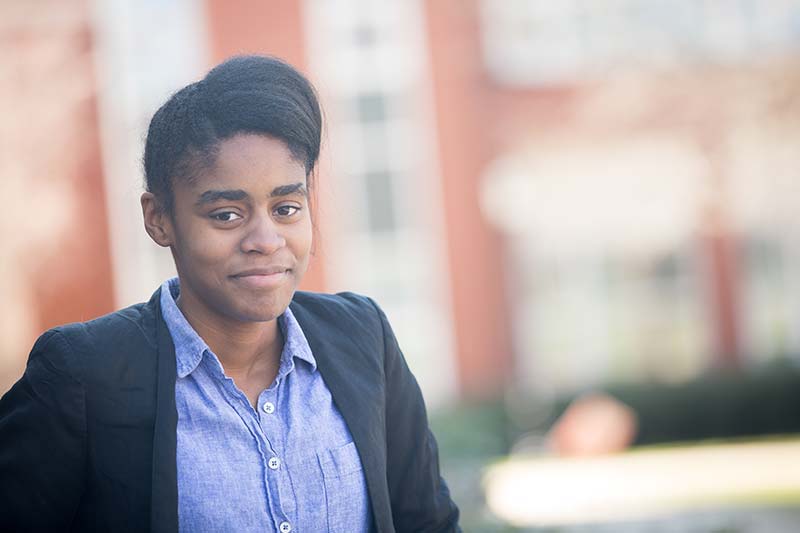 Nikki Wertz, ’19, is a woman of few words. As a studio art major, she uses her art to tell stories, express herself, and be a voice for social issues that matter to her. It’s through art where she finds her voice.

From the time she started kindergarten, Nikki fell in love with art. But her true talent and passion for the subject wasn’t discovered until middle school and she carried that love to Meredith.

At Meredith, Nikki has been able to use her keen eye for detail and creativity in a myriad of ways. She is the layout designer for the Meredith Herald and served as a writing intern in the marketing department. But it was her brief stint as president of Kappa Pi National Art Fraternity that had the greatest impact.

“Before college I used to imagine myself as a successful career woman in charge of a team. The thought made me both excited and unsure because that’s who I thought I wanted to be,” said Nikki. “I realized what I really wanted was to have the self-confidence of a successful career woman. I had to learn that occupying a leadership position wasn’t going to bring me joy.”

Instead Nikki finds joy in the art studio. That’s where she feels at home. Wherever she can use her hands, be creative, and express herself artistically is where she’s most comfortable. She also finds happiness behind a camera lens, which is a passion she discovered at Meredith.

“I discovered my love for photography after taking a film photography course during the fall semester of my sophomore year,” said Nikki.

Those photography skills earned her a job as the social media assistant for the graduate education department. In that role, Nikki has been able to use her skills and strengths, as well as build on them.

“What I enjoy most about my job is the independence and the level of creativity that I’m allowed to bring to projects,” said Nikki.

Through her Meredith experience, Nikki has learned a lot about herself, and has grown in self-confidence and in her abilities, not only in art, but in learning to speak up and have a voice. She has also learned who she is and who she wants to become.

“I am more confident, more sure of myself now than when I was a freshman,” said Nikki. “Attending college in Raleigh has really allowed me to come into my own and truly gain the independence I craved.”

As for her future, Nikki’s dream job is to be an art director or creative director for a nonprofit publication. But after graduation she plans to pursue a career in photography before traveling the world and documenting her travels through photos.

Explore Nikki’s journey through her artwork 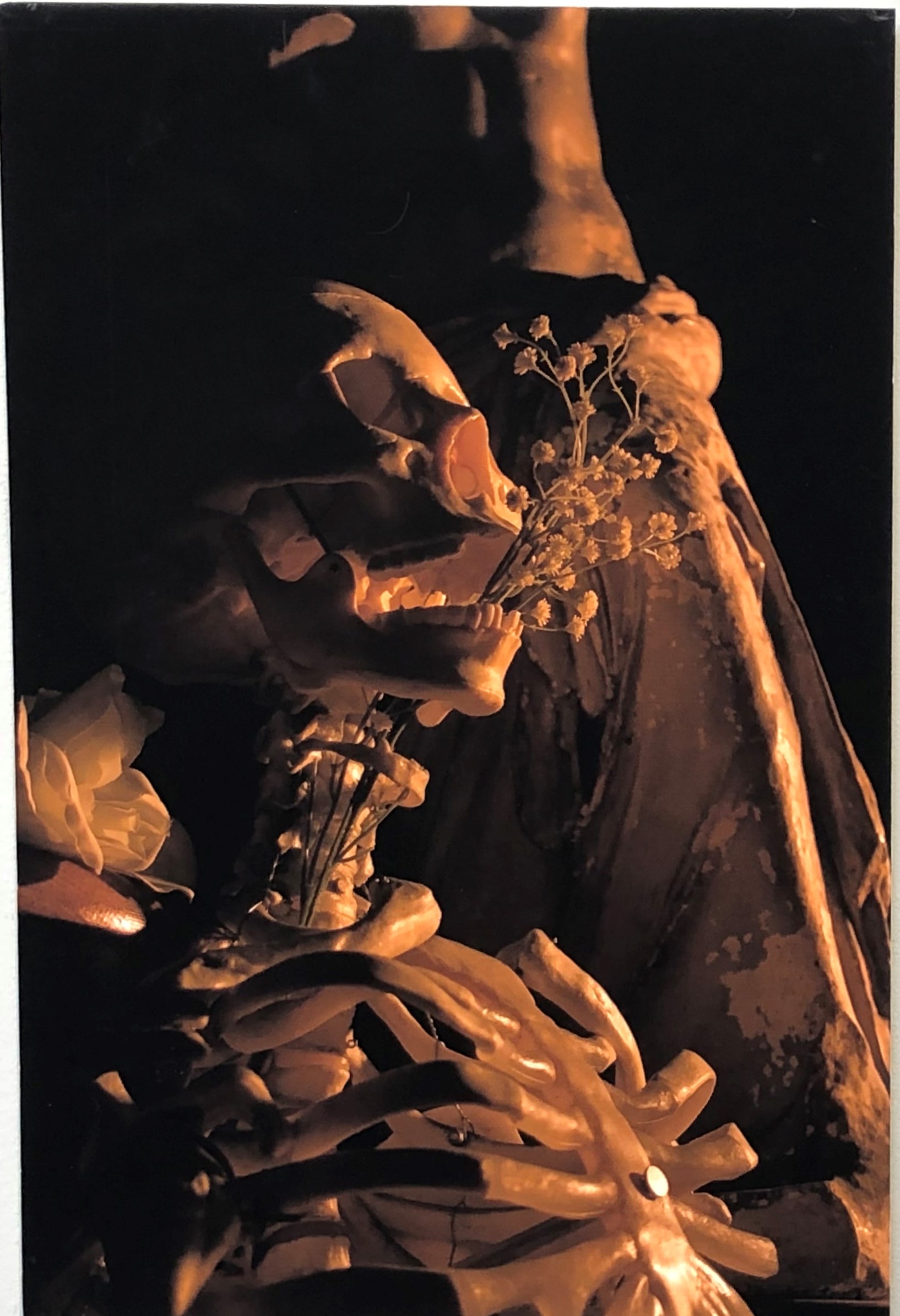 SKULL & FLOWERS
“I’ve always been scared to speak up and express myself, but this photo shows my growth and my confidence in being able to speak up over the years.” 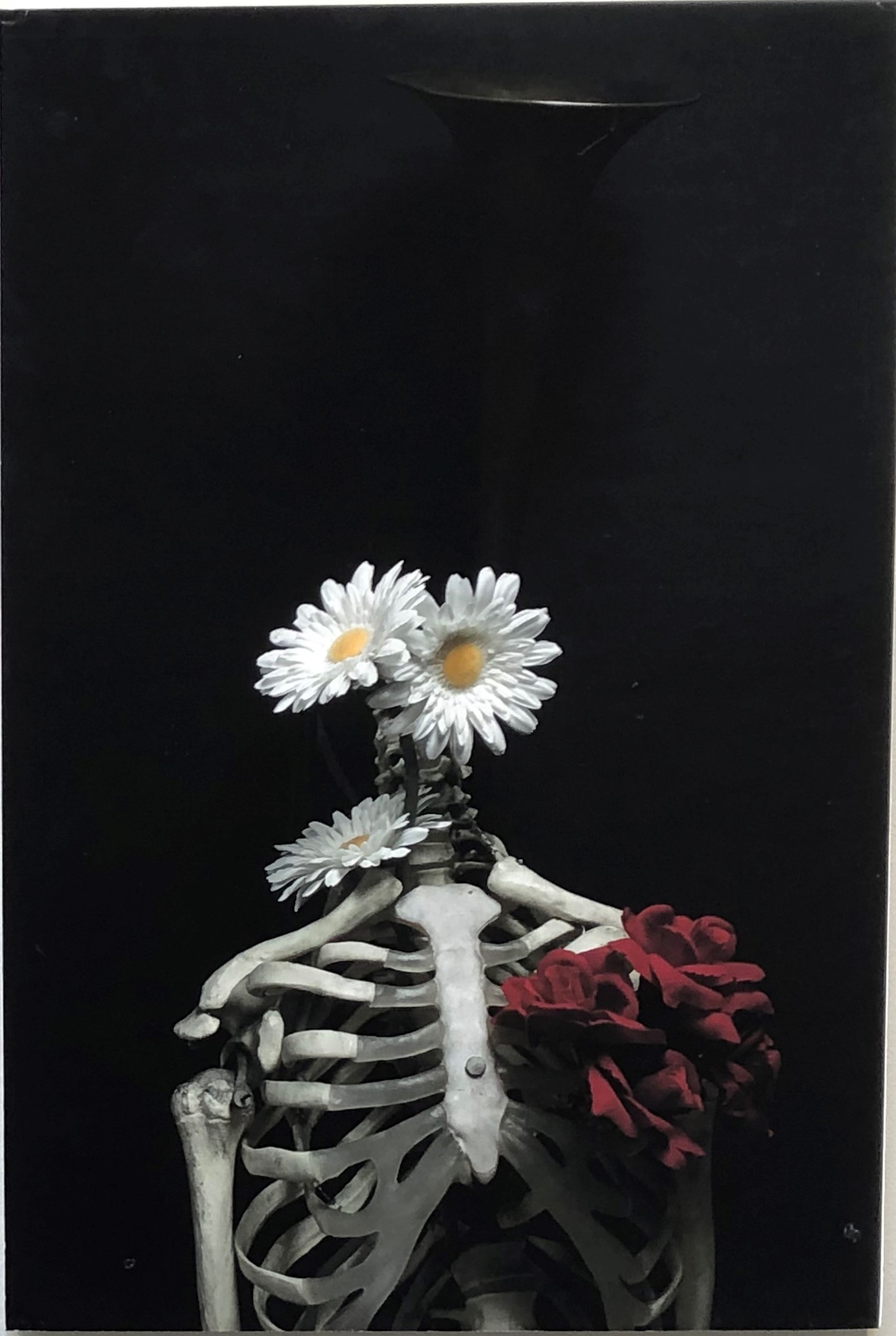 FLOWERS & INSTRUMENTS
“I’ve always had so many ideas brewing inside of me and within my heart, and I had to learn to accept that all those ideas won't be expressed. The few ideas that are brought to fruition come out of me like music out of an instrument.”

BROTHER AND SISTER
“This is my younger brother and me. He’s my muse! I’ve always been overprotective of him and he’s always been slightly annoyed by that. But I feel that I have to protect him. So, that’s why I have my arm out in this picture.” 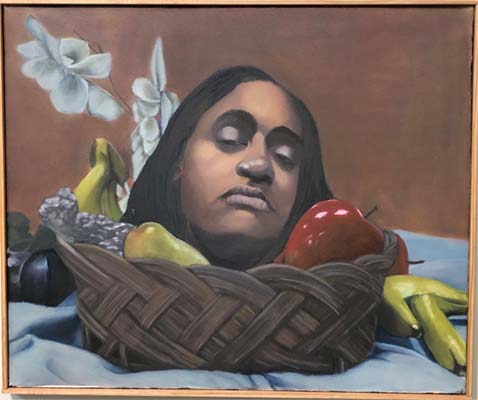 HEAD IN A BASKET
"I was inspired by the French Revolution, but I also love horror movies. This one is my head in a basket. When I first arrived at Meredith and started in the art department, I found myself sacrificing a lot in pursuit of my education and becoming someone different. The fruit symbolizes growth and life. I had to come to terms with this different person that I had become and I discovered so much more about myself."