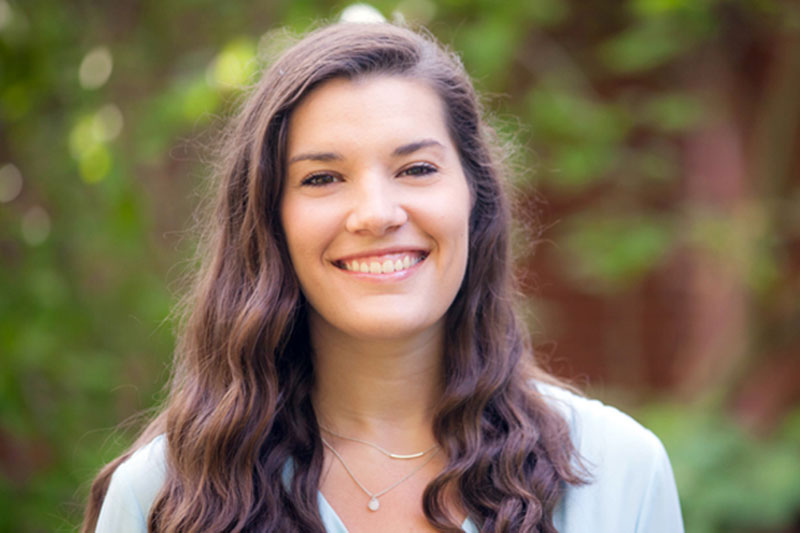 At Meredith, Jessi Hayes, ’17, fulfilled her dream of playing collegiate basketball. Over her career, she scored more than 1,100 points while also being an academic achiever.

"In everything I do, I want to make sure that I do it to the best of my ability," said Jessi, who earned USA South All-Academic honors each year. "I love being presented with a challenge and doing everything in my power to conquer the challenge in front of me."

The 1,163 points Jessi scored over four years is the sixth-best in Meredith basketball history. She also reached the top 10 in most other statistical categories.

Jessi is a Broyhill Business Fellow earning a major in business administration with minors in marketing and in food and nutrition. The Broyhill program provided career development and networking opportunities. She also belonged to three honor societies and other clubs, including the Student-Athlete Advisory Committee, and found time to participate in Meredith traditions.

Jessi plans a career in marketing or business analytics, and would also like to coach. She appreciates the one-on-one support she found from her Meredith professors.

"Meredith has prepared me greatly for wherever my path takes me after college," Jessi said.

Her skill and determination made her a successful basketball player and a strong student. Jessi made the most of the opportunities she had at Meredith.

"Being an athlete is like having a full-time job along with all the assignments, projects, tests, and trying to be involved on campus," Jessi said. "Even with all these responsibilities, I have been able to succeed both on and off the court."

"Basketball has taught me so many things," Jessi said. "I will forever be thankful for being able to play the sport I love for four more years.”