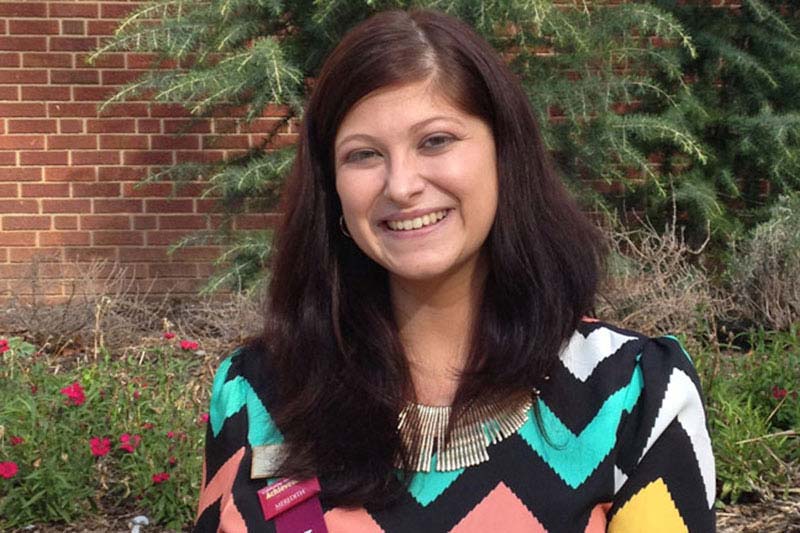 Caitlyn DeBona, ’14, had many experiences as a Meredith student she hadn’t originally planned when she arrived on campus – all because the College inspired her to stretch herself and her expectations.

“My experiences at Meredith taught me to branch out and try new things,” Caitlyn said. “Stepping out of my comfort zone many times gave me confidence and made me the strong woman I am today.”

Caitlyn earned a double major in mathematics and computer science in just four years, and still found time to make her mark as a leader. As a freshman she became involved in Honor Council and the Meredith Recreation Association.

Later, she was the student representative on the planning committee for the inauguration of Meredith President Jo Allen. Caitlyn continued to take on leadership roles in many Meredith organizations, culminating in a term as president of the Student Government Association her senior year.

“Being involved on campus helped me improve my communication skills, confidence, and networking skills,” Caitlyn said.

The combination of a rigorous academic program and her leadership strengths has prepared Caitlyn for her next challenge: a career at SAS, where she will be a development tester.