Many years ago I decided that one place where I could make a difference was in the classroom. Before I ever knew what I would teach, I knew I wanted to be a teacher. My parents were both educators, but I cannot recall them ever encouraging me to follow the same path. What I do remember, however, was interacting with their students throughout my early life and observing the lasting influence of caring and capable teachers. The meaning and fulfillment I saw in their lives planted the seeds of what would become my own calling. By early adulthood it was clear that languages and cultures would never cease to excite me. Years of studying Spanish and living in Argentina eventually led me to Portuguese and a semester in Brazil, followed by a six-week fellowship in Florence to study Italian. Languages connected me to people and to cultures that would otherwise be foreign and distant. The study of literature in particular, challenged me both intellectually and creatively, sending me on a journey that would see me develop critical reading, writing, and thinking skills that would connect me to humanity at the same time that it expanded my own. At the core of my teaching and scholarship is an idea: that comfort and familiarity should be risked in pursuit of something better; something more than what we presently know, something more than we presently are.

Identities of Spain
Discovering Literature in Spanish (or Introduction to Hispanic Literature)
Literary Explorations of Spain
Development of Hispanic Poetry
Development of Hispanic Theater
From Page to Stage: Experiencing Literature beyond the Text
Cervantes
Why Don Quixote Matters
How to Play a Player: Four Centuries of Don Juan
Written Communication in Spanish
Elementary Spanish I, II
Intermediate Spanish I, II
Spanish beyond the Classroom (Intermediate Oral Conversation)
Introduction to Research in Spanish
Junior & Senior Research in Spanish
Honors Thesis in Spanish

He is a founding member of Dragoncillo Puppet Troupe, a group “dedicated to imaginative, bilingual storytelling that educates while it entertains.” They have performed for audiences in Florida, Texas, Iowa, Michigan, Ohio, and North Carolina.

He is the author of Being Portuguese in Spanish: Reimagining Early Modern Iberian Literature, 1580-1640 (Purdue UP, 2020). He has also published numerous peer-reviewed articles and essays, including most recently:

“When Shadows ‘Move’: From Medieval and Early Modern Puppetry to Contemporary Performance and Outreach.” Co-authored by Esther Fernández, Jonathan Wade, Jared White, and Jason Yancey. Forthcoming in Living the Comedia. Essays in Honor of Amy Williamsen, vol. II, edited by Rob Bayliss, Judith Caballero, Esther Fernández, and Yuri Porras, UP of the South, 2020.

“Amélie as Re-accentuation of Cervantes.” Don Quixote: The Re-accentuation of the World’s Greatest Literary Hero, edited by Howard Mancing and Slav Gratchev, Bucknell UP, 2017, pp. 193-203. “Recasting the Collective Protagonist: A Ballet Adaptation of Fuenteovejuna.” Comedia Performance, vol. 13, no. 1, 2016, pp. 62-104. 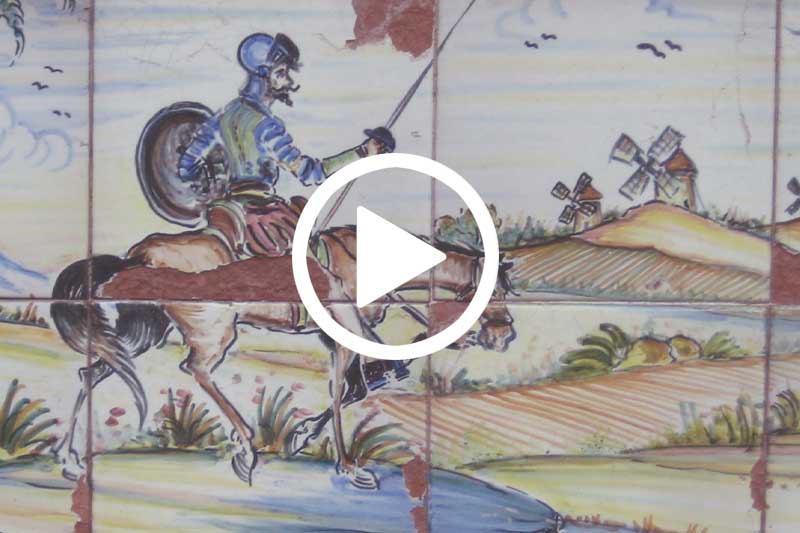 What makes Don Quixote—a Spanish novel written more than four centuries ago—still relevant today? In this episode of The Meredith Minute, Associate Professor of Foreign Languages and Literatures Jonathan Wade explains the lasting power of this classic work of literature.

What makes Don Quixote—a Spanish novel written more than four centuries ago—still relevant today? In this episode of The Meredith Minute, Associate Professor of Foreign Languages and Literatures Jonathan Wade explains the lasting power of this classic work of literature.