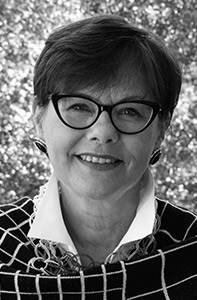 Elizabeth Triplett Beam, '72, is a native North Carolinian who received music degrees from Meredith College and the University of North Carolina at Greensboro. During her 35-year career, she conducted school, as well as church choirs. In addition, she taught studio voice lessons. She became director of the Cardinal Singers in 1984, soon after the formation of the group.

She has served as president of Raleigh Music Club and Raleigh Fine Arts Society as well as the Chair of the Board of the NCSU College of Humanities and Social Sciences. Her current volunteer work includes involvement with Highland United Methodist Church, Wake Interfaith Hospitality Network, the Community Music School and the Village Chapel of Bald Head Island Board of Trustees. Internationally, she has volunteered in Guyana and Tanzania.

In 2002, Ms. Beam was inducted into the YWCA Academy of Women in the field of Arts and Entertainment. In 2004, she was honored by the United Arts Council of Raleigh and Wake County as the recipient of the Business Supports the Arts Award in Arts Education and again in 2013 in the Individual award category.