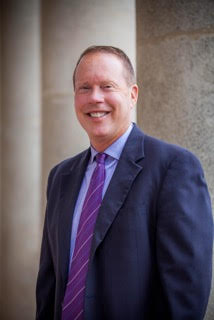 Professor of Political Science; Director of the Meredith Poll

McLennan teaches American Government, Campaigns and Elections, Political Leadership, Women in Politics and other courses at Meredith. He enjoys helping students understand how to make a difference in civic life.

Because of his connections throughout the state and region, he directs internships for Meredith political science students and routinely places students in state legislative offices, research and advocacy organizations, and in city and state government agencies. He strives to match students with internship experiences that align with their career goals.

McLennan frequently serves as an expert analyst about politics for a variety of news outlets. He has recently appeared on WRAL-TV, Spectrum News, CBS North Carolina, and ABC 11, and in Newsweek. He has written op-eds that have been published in U.S. News & World Report, The Hill, Congressional Quarterly Researcher, the News & Observer and the Charlotte Observer.

In 2015, McLennan founded the Meredith Poll, a statewide survey of public opinion of North Carolina voters. The Meredith Poll is the only statewide poll focused on women's issues, and it was started to help students develop skills that will assist them at Meredith and in their careers. Read more about the impact of the poll on students.

McLennan published the Status of Women in North Carolina Politics — a comprehensive examination of women as appointed and elected officials, candidates, and voters — in 2015. The widely-cited report was updated in 2018.

B.A. in Economics and Rhetoric and Communication Studies, University of Virginia

M.A. in Rhetoric and Communication Studies, University of Virginia