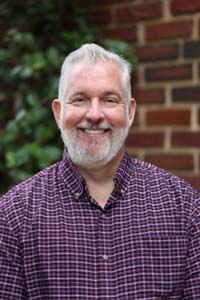 Fountain’s training and approach to history is interdisciplinary.  In Slavery, Civil War, & Salvation: African American Slaves and Christianity, 1830-1870 he combined oral history, folklore, material culture, and quantitative evidence to produce a new interpretation of slave religious practices. In turn he encourages his students to “go where the evidence takes you” and not shy away from offering an interpretation that conflicts with current understandings of the past.  His work in Southern history has led him to be consulted by television producers including appearances on the History Channel’s North Carolina episode of "The States” and NBC’s "Who Do You Think You Are?" where he helped actor Blair Underwood explore his ancestry.

As the director of the public history program Fountain is actively involved with state and local historical institutions.  In recent years he has served as Chair of North Carolina’s State Historical Marker Program Committee, Chair and Director of the Historic Oak View County Park Advisory Board, as well as a member of the executive board of both the Carolina Charter Corporation and the North Carolina Literary and Historical Association. These roles enable him to place students in productive internships where they gain meaningful professional training and contacts.  In collaboration with the Meredith College Archives, Fountain initiated the North Carolina Women’s Oral History Collection through which students conduct and preserve interviews of the women who have made our state what it is today.

Angels in the City of Oaks: 125 Years of Meredith College History, City of Raleigh Museum, March 2016 (Co-written and designed with Meredith Haynes)