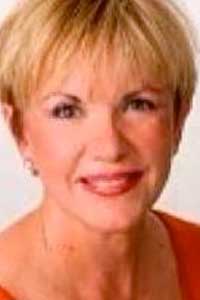 Claire Slaughter is a 1972 graduate of Meredith College and also earned an M.A. in History from Seton Hall University.

For many years Claire worked in the Insurance Industry, primarily in the field of health and employee benefits.  She joined Blue Cross and Blue Shield of North Carolina in 1983 where she eventually went into sales, and was later named Regional Sales Manager for the Triangle area.   She left BCBSNC to create the North Carolina Medical Society Health Plan as Vice President of Marketing at Medical Mutual Insurance Company in 1995.  During her tenure there Claire received numerous national sales awards and honors from the insurance industry.

Ten years later, Claire began her second career as a realtor in Washington, North Carolina and then in Raleigh.   In 2013, she and her husband formed The Property Shoppe—a boutique residential real estate company doing business in both Durham and Wake Counties.

Claire has served in various capacities in the Meredith College Alumnae Association through the years, twice as President.    During her most recent term as President she was instrumental in the creation and formation of the 1891 Club for Meredith undergraduates.  She received the Outstanding Alumnae Award in 2004.