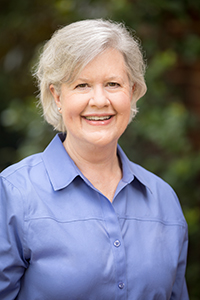 Professor of Theatre, Director of Meredith in Italy

Catherine Rodgers is a professional artist whose life-long love of theatre has led to her career as a professor in higher education. She is not only a Professor of Theatre, but also heads the Theatre Education program. Rodgers also directs the Meredith in Italy programs as well as serves as the director of the Summer Program in the United Kingdom.

Further, her work for the past forty years in film, television commercials, industrials, plus radio and voiceovers, is extensive.

Awards and honors include recognition for her outstanding theatre direction by the Kennedy Center American College Theatre Festival; plus the Harry & Marion Eberly Faculty Development Award, and the Pauline Davis Perry Award for Artistic Achievement from Meredith College.  She is proud to have been the past president of the North Carolina Theatre Conference and earned their prestigious Herman Middleton Service Award.

Seeing how the arts can transform young lives is one of her greatest joys. She also firmly believes in the empowerment of studying abroad and encourages all of her students to take advantage of their many opportunities to do so!

Master of Fine Arts (1983) in Acting/Directing from the University of North Carolina at Greensboro;
Master of Arts (1978) in Speech Communication & Theatre Arts from Wake Forest University;
Bachelor of Arts (1976) in Religion & American Civilization from Meredith College.