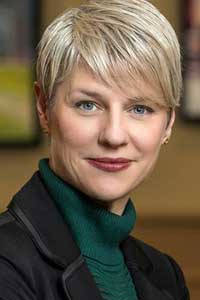 Adrienne Cole is the Greater Raleigh Chamber of Commerce President and CEO. Cole, a 1993 graduate of Meredith College, is the first woman to serve as leader of the Chamber in the organization’s 129-year history.

Under her guidance, Wake County Economic Development and the Greater Raleigh Chamber announced more than 30 corporate relocations and expansions totaling over $250 million in capital investments and creating more than 5,000 new jobs.

In addition to her undergraduate degree from Meredith, Cole holds a master’s degree in public administration from Appalachian State University.