HOME ABOUT COURSES FAQS PAST OFFERINGS

Election 2020
A series of insightful conversations around Election Day.

Voting is both a right and a privilege. But it can be challenging to find information you trust to make thoughtful decisions when voting. To help you prepare for the upcoming national election, Meredith College is offering Election 2020: A series of insightful conversations around Election Day. Each session will be led by David McLennan, Ph.D., Meredith College Professor of Political Science and Director of the Meredith Poll.

You are welcome to participate in any or all of the sessions.

Register for a session

The State of the President Race with Five Weeks Until Election Day
The 2020 presidential campaign is one of the most divisive and negative in American history. A hyper-polarized electorate – against a backdrop of the COVID-19 pandemic, economic hardship, and racial unrest – is going to choose between two candidates with distinctly different views of what the United States should be. This session explores the context surrounding the 2020 presidential campaign, the strategies and tactics used by both campaigns, and the state of the race with just over a month until Election Day.

A Blue Ripple or Blue Tsunami: What Will Congress Look Like in 2021
Most political forecasters predict that Democrats will pick up seats in Congress in 2020, but there is great disagreement about whether the 117th Congress – sworn in on January 3, 2021, will be controlled entirely by Democrats or if we will continue to see a Democratic majority in the House and a Republican majority in the Senate. This session will discuss the key races that will determine control of Congress and what this means for public policy in 2021.

State and Local Elections in 2020: What You Need to Know
Although the nation’s focus is primarily on the presidential race, the down ballot elections in North Carolina will determine the direction of key policy issues – like education, health care, and transportation – in the coming years. Republicans are looking to take back the Governor’s Mansion and Democrats hope to take back control over the General Assembly. At the same time, both parties struggle for control over the courts and local offices. This session will examine the issues, candidates, and political mood that will affect the election results.

Now that the Election is Over, What Does it Mean?
The voters have spoken. Election Day was a week ago and, although we might not know the outcome of every race across the nation and state, there are conclusions that can be made about the meaning of Election 2020, both in terms of national and state governance. This session will take an early look at what the election results mean in terms of policy affecting the economy, health care, racial justice, etc. 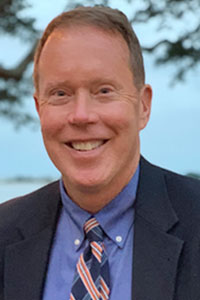 David McLennan (Ph.D., the University of Texas at Austin) is a professor of political science at Meredith College. He has taught American Government, Campaigns and Elections, Political Leadership, Women in Politics and other courses at Texas Christian University, North Carolina State University, and William Peace University (formerly Peace College).

A former political campaign consultant, McLennan’s research expertise includes: the impact of negative advertising on political attitudes, image restoration for politicians in trouble, political polling methodology and barriers to women’s electoral success. His research is widely published in academic and popular outlets and he frequently speaks on these and other issues.

At Meredith, McLennan directs the Meredith Poll, a statewide survey of North Carolinians on politics. Results from this poll have been widely cited by Huffington Post, the 538 blog (Nate Silver), Fox News, and many other places. In addition to directing the Meredith Poll, McLennan authored the Status of Women in North Carolina Politics report, published in 2015 and again in 2018.

He is also a political analyst and appears in news stories for local, state, and national media. His recent comments have appeared on the BBC, CBS, NPR, PRI, and WRAL, as well as in Politico, Congressional Quarterly Researcher, American Prospect, and the News and Observer. McLennan also publishes op-eds on a range of political topics and his recent opinion pieces have appeared in The Hill, US News and World Report, and the News and Observer.